Actually, they have been blooming for weeks now. It seems to take them a while to open fully, possibly because they are just so enormous. There are magnolia trees everywhere around here, and the scent is wonderful.

I purposely included my hand in one of the shots in order to provide a size comparison. These are *big* blossoms. They rival even the sycamore leaves I photographed last fall (and will post about at some point), one lobe of which was about the same size as my shoe.

Here is a magnolia blossom that has not opened up yet.: 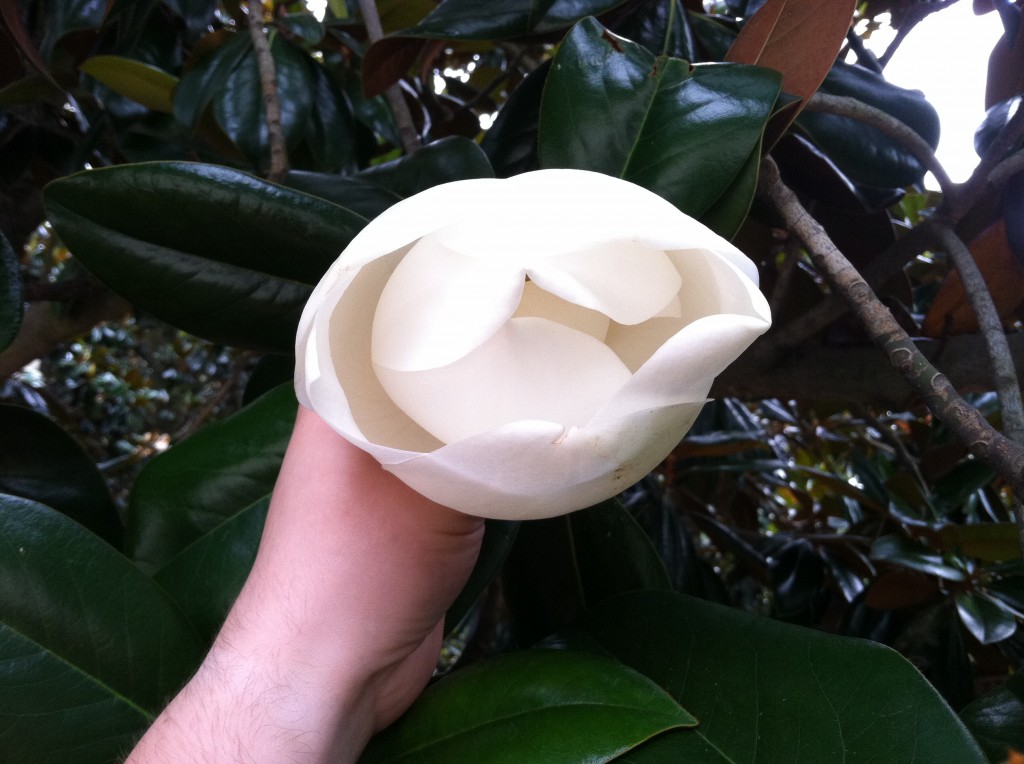 And here is a little slideshow showing a close-up of the interior of a magnolia blossom:

Here you can see the blossoms juxtaposed with the beautiful, glossy leaves: 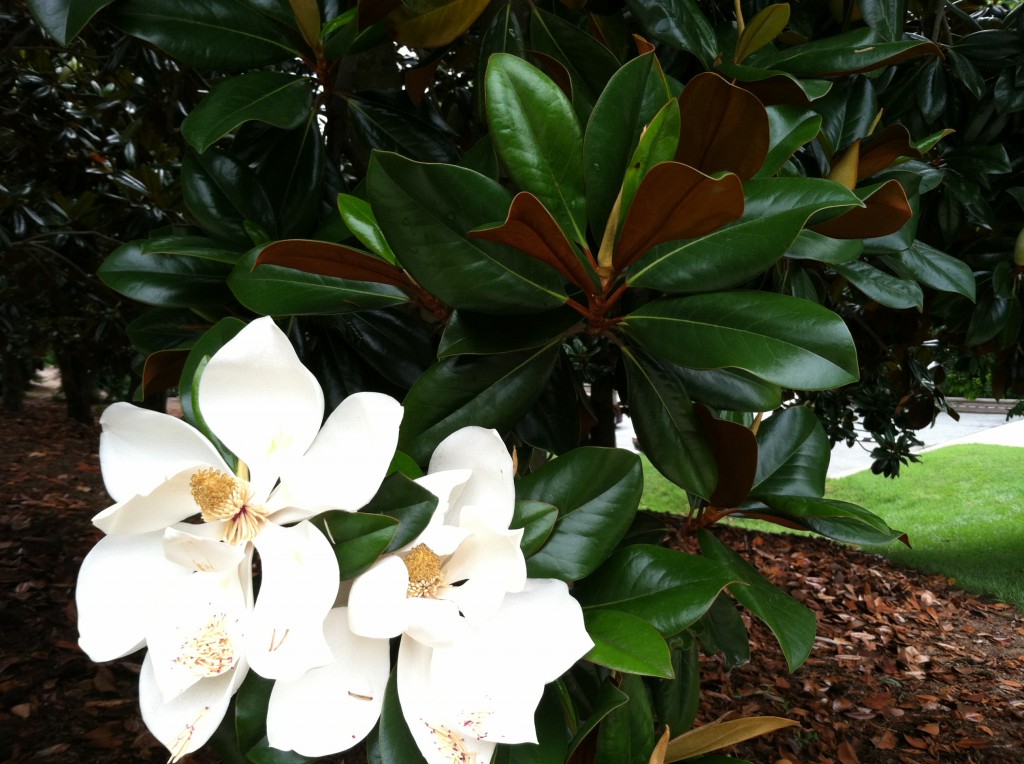 Other beautiful plants still in bloom include the coral honeysuckle (at least, I think that is what this is): 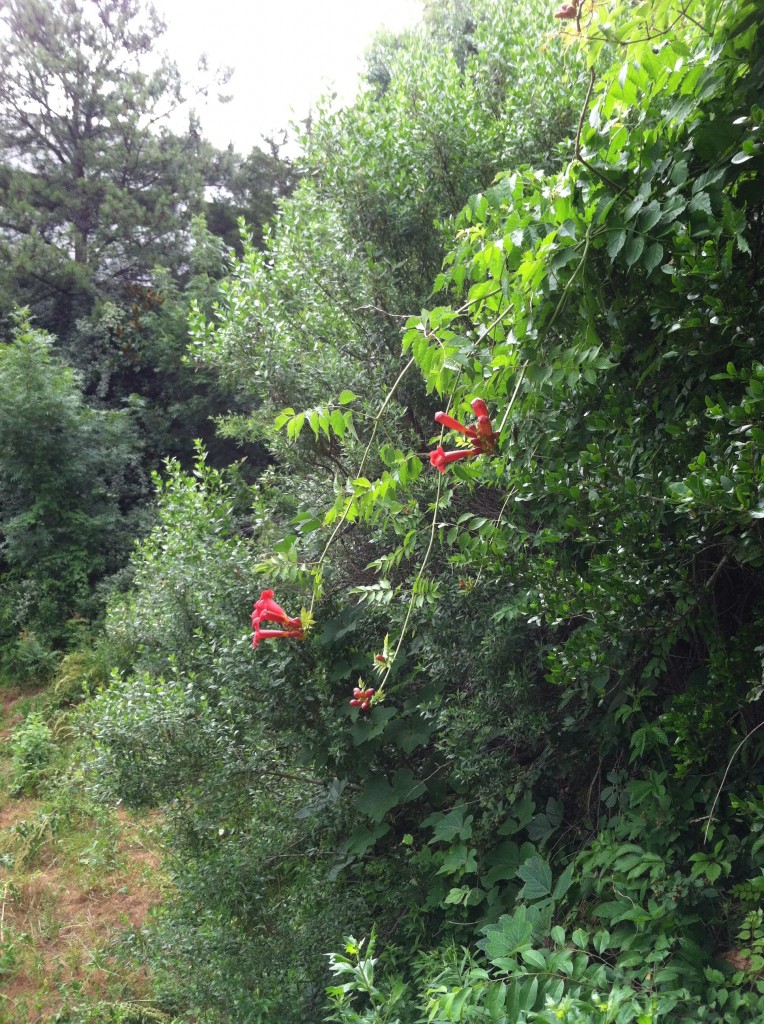 and these tiny, daisy-like flowers. Unfortunately I was unable to identify them because I spotted them while walking around my building at work, and didn’t have a flower ID guide with me. They look rather like ox-eyed daisies, so I’m assuming for now that they are some kind of daisy. 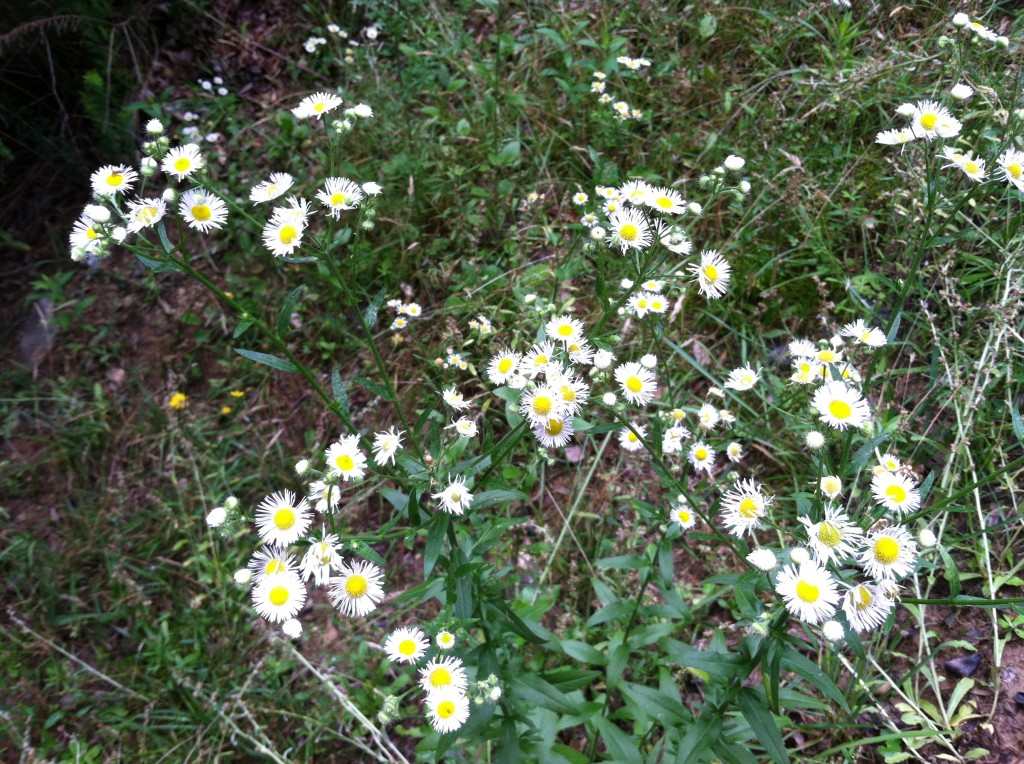 Also on the subject of the beautiful area around my building, check out the woods that nestle right up against it: 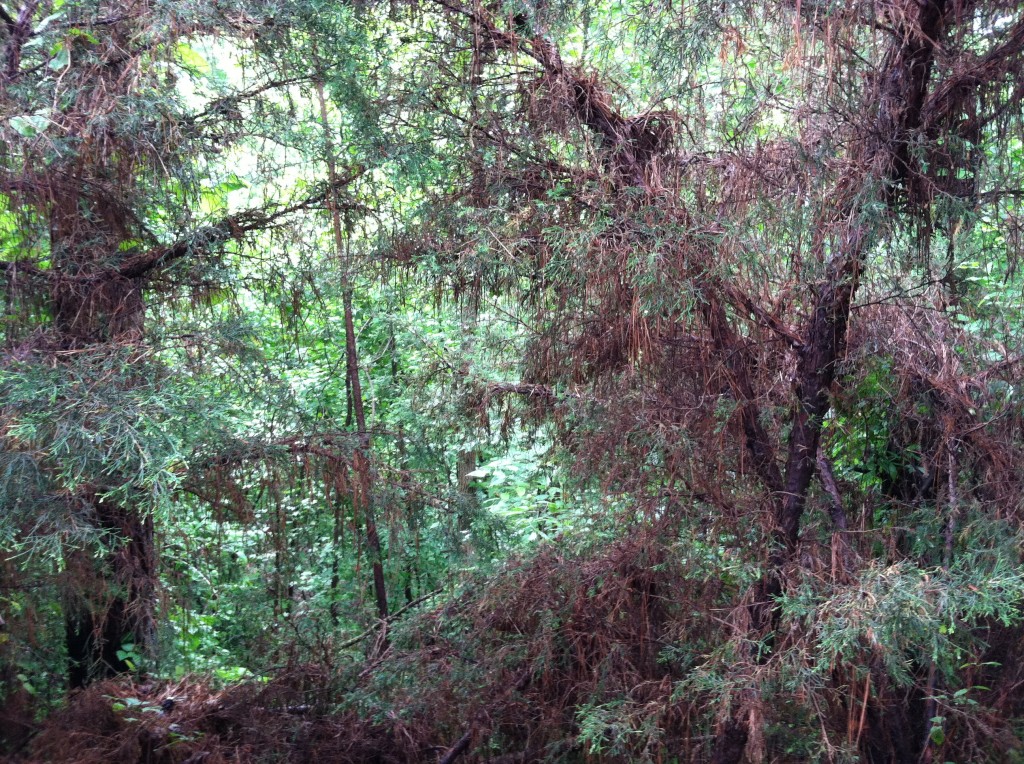 I love it. I just wish I had an office that looked down on the woods rather than the parking lot. Our HR guy has an office on the first floor overlooking the forest and spots snakes all the time. I love watching snakes move, especially through the woods. They look like they are sailing across the forest floor. 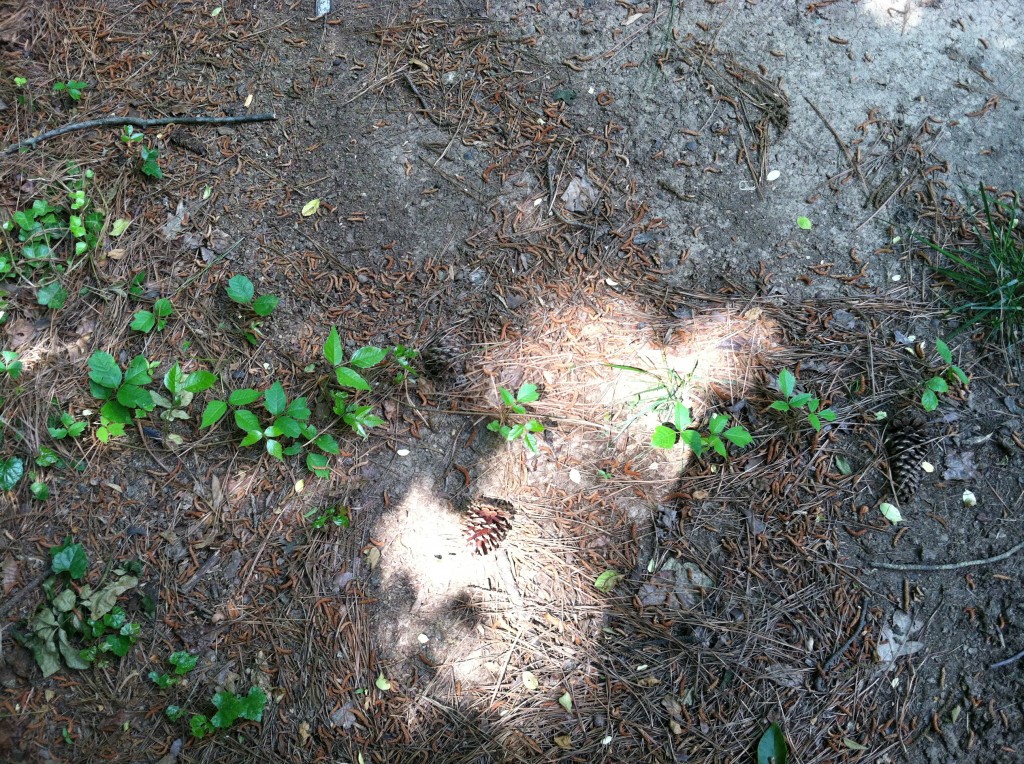 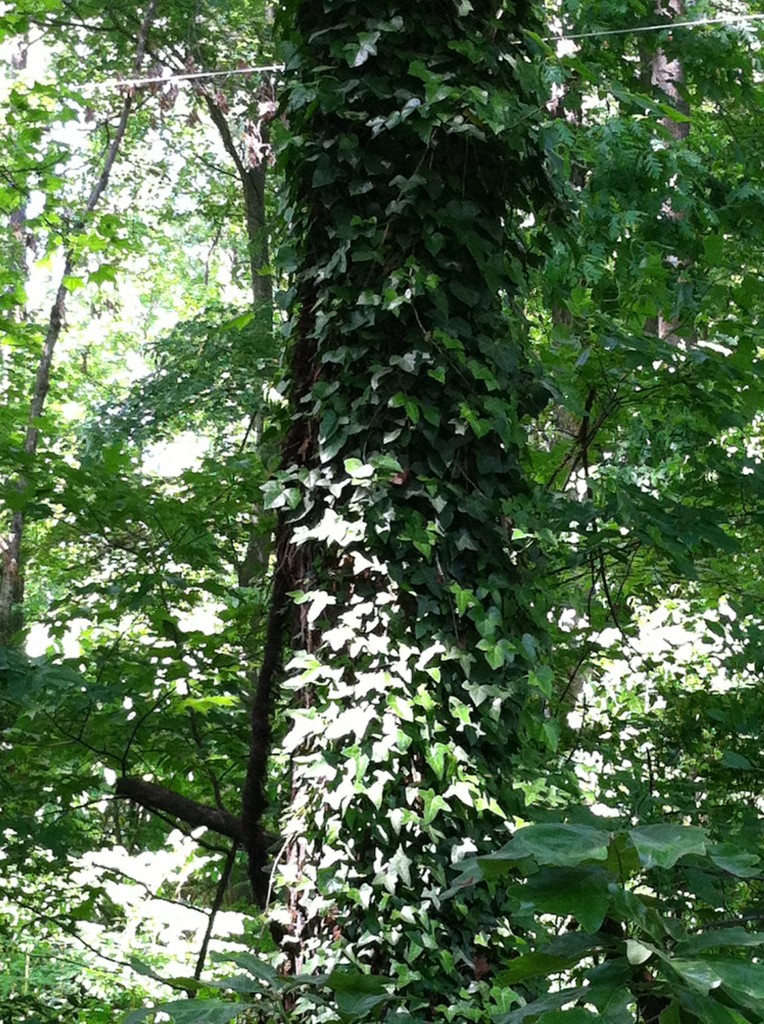